skip to main | skip to sidebar

Database of unreliable former employees of the biggest Russian bank

It took me a month to prepare new article for my blog. Initially I planned to send a long research about management of commercial and trade secrets in Russia, but actually I’ m a little overloaded by due diligence projects and it is hard to find spare time and revise the problem. That’s why I’d like to share new important link that will be helpful for you during background screening of bank and finance management professionals in Russia.
Since August 2010 Russian biggest governmental bank Sberbank started to publish the list of former employees dismissed because internal fraud or theft. Initially the list included also those employees who were caught by internal control department but several legal claims forced Sberbank to exclude fraudsters who weren’t brought to the Court. 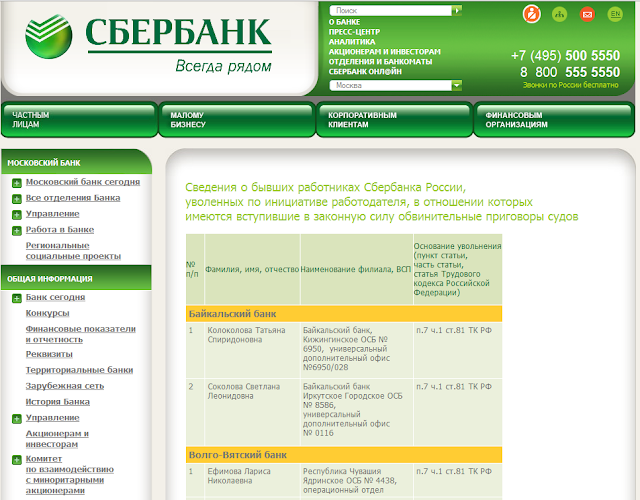 http://www.sbrf.ru/moscow/ru/about/dismiss
The list is in Russian language only and is intended to be regularly updated.
Published by: Unknown